Learn More about the tremendous site of Angkor Watt...

Learn about the extent of the Angkorian People..... 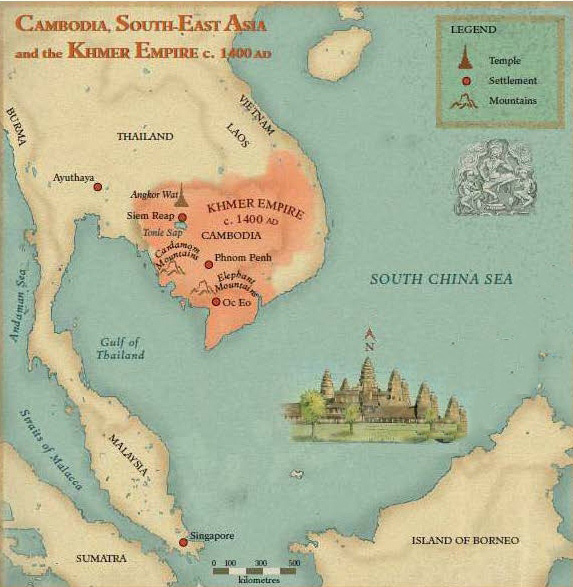 STELES
Steles are tall stone slabs the bear inscription. They were usually erected in ancient times for ceremonial purposes or to mark territory. Most of what we know about the Khmer empire comes from the Sdok Kak Thom stele, from an 11th century temple in south-east Thailand. The stele recounts two-and-a-half centuries of royal service by the temples owners and information no 12 Khmer Kings. The Khmer empire was divided into People who understood Sanskrit, which was used on steles, and people who understood only Khmer, which was used to record ordinary information. 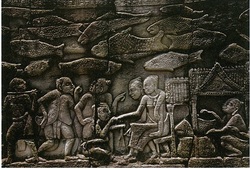 Bas-relief of a market scene at Angkor Thom's Bayon Temple (c.1200CE)
﻿BAS-RELIEFS
Bas-reliefs are carved out of flat surfaces. The ones carved into temples mostly depict religious themes, such as Indian epic poems that are the basis of Hindu scripture and that explain morality, duty and one’s place in the order of the universe. The type of Bas-relief that interests historians are the ones depicting battle scenes and scenes from everyday life which show us their weapons, clothing, tools and pastimes. ﻿ 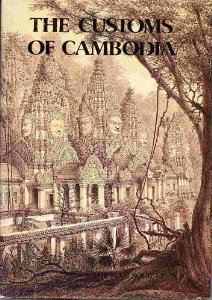 FOREIGN EYEWITNESSES-CHINESE RECORDS
The only foreign eyewitness account of life in the Khmer empire comes from a chines diplomat by the name of Zhou Daguan. He visited the Khmer empire in 1296-97CE during the reign of Indravarman III. Even though he was not the only diplomat to visit the empire, he was the only one to write an account of his time in the book Zhenla feng tu ji (the customs of Cambodia). 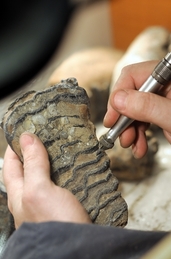 ARCHAEOLOGY
Most archaeological work has been done on Angkor during the 1990s. Archaeology has uncovered a lot of new information about the Khmer empire, especially about water management and temple construction.